Posted on March 31, 2022 by Pete Strachan in Client success stories

Ryan (17) is a delightful young man who is living with social anxiety. After leaving school without completion, Ryan found himself unemployed and was uncertain of his future. Naturally this was a concern for his parents and with support they encouraged Ryan to seek help to find a job.

Ryan was referred to atWork Australia Mandurah where he was introduced to his Job Coach Brie. From the outset, Ryan was polite and provided his Job Coach with valuable information that would assist in finding the right job for him.

During the appointment, Brie and Ryan’s parents spoke about the importance of getting employment now that he had left school early. It was also recommended, given Ryan’s social anxiety, that it would be more beneficial for Ryan to attend our six-week Job Now group sessions hosted by atWork Australia to build on his confidence in a social environment.

“McDonalds is a supportive Employer and provides a wonderful opportunity for their staff through their training programs.” – Brie, Job Coach

Ryan attended the group meetings and always tried his best; he found the sessions to be very helpful. At the same time, Ryan and Brie went through several areas to assist him. These included, exploring suitable job options, developed a resume, cold calling strategies, helped financially with clothing for upcoming interviews, how to apply online and worked on building his confidence for interviews.

Ryan’s determination was evident, he understood what was being taught and it was notable that the sessions were helping as he became more confident within himself. Having learnt tips and techniques, Ryan attended several interviews and while not initially successful, he’s positive nature meant he learnt something to improve on the next one.

Brie spoke of Ryan to Dianna from our Employer Engagement Team. Dianna set up an interview with McDonalds to apply for the fulltime role as a Maintenance/ Cleaner. The team from McDonalds were impressed by Ryan and offered him the job. Unfortunately, there was a mix up regarding the date for Ryan to commence his new job. Ryan was given a start date to commence late January, however, he was contacted by McDonalds and asked to start in December during the period that our Mandurah office was closed for the Christmas period.

Ryan’s anxiety levels started to surface and after two days in the job, Ryan felt overwhelmed and walked out. Upon returning from the Christmas holidays, Brie was informed on what had taken place and immediately put into place actions to have Ryan re-employed by McDonalds.

“I am very grateful for the opportunity to work in such a large company and have the support of my Job Coach.”– Ryan, DES Client

Brie and Diana believed in Ryan and were determined not to give up and agreed to contact McDonalds to advocate for a second chance with full support from Ryan’s Job Coach and Employer Engagement Team to assist with training and social anxiety. McDonalds have always been a very supportive employer and understood given his age and anxiety concerns, it was agreed to meet Ryan again with his Parents and Brie in attendance.

Ryan was assured that everyone is there to help him and that working at McDonalds provides a great future with their training program. The vision for Ryan is not to remain as a cleaner and move up the ranks. When Ryan is ready, he would be enrolled to complete his Cert III in Hospitality and Retail to set a pathway to Ryan’s future.

“The whole family is very thankful for the team from atWork Australia in having the belief in Ryan.”– Parents of Ryan

Every year, atWork Australia helps thousands of clients like Ryan expand their skills and qualifications to help them gain the right job with the right employer. Call us today on 1300 080 856 or enquire online to find out how we can help you meet your career goals. 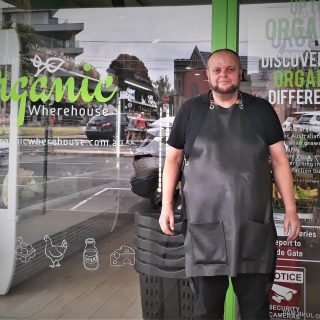 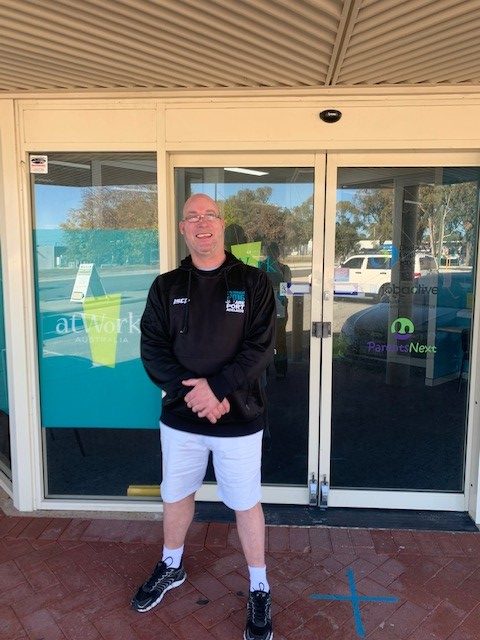 A team effort drives Michael to find the right job