Benjamin starts an exciting new chapter in his life

Posted on October 20, 2021 by atWork Australia in Client success stories

Since finishing school, Benjamin (25) from Caboolture, has not held a permanent position. He has worked in various casual jobs over the years but has never held a role for longer than a few weeks in a row.

Benjamin lives with a heart condition and faces challenges with his vision which causes nausea and dizziness. His lack of qualifications and work experience made it difficult for him to find employment on his own.

Benjamin contacted atWork Australia with the aim of receiving support in finding meaningful employment. He didn’t know what he wanted to do career-wise and what he could do taking into account his health condition.

At the atWork Australia office in Caboolture, he met his Job Coach, Danielle, who provided Benjamin with support, motivation and positivity.

She says: “Benjamin had lots of ups and downs due to living with a medical condition, but I always had faith in him.”

Danielle spent some time finding out what Benjamin is interested in, what positions he has held previously and what his dream role would look like. Together, Danielle and Benjamin then updated his resume and passed it on to local employers.

Benjamin gained valuable work experience through a 12-week pre-plumbing course which increased his chances in gaining an apprenticeship.

Danielle was able to secure a plumber apprenticeship for Benjamin. He was surprised when he found out the good news as he thought he wouldn’t get it. He was excited and relieved at the same time and is very much looking forward to this new chapter in his life. About his employment journey with atWork Australia, Benjamin says: “You can make your dreams come true”.

Every year, atWork Australia helps thousands of clients like Benjamin expand their skills and qualifications to help them gain the right job with the right employer. Call us today on 1300 192 634 or enquire online to find out how we can help you meet your career goals.

Age is no barrier for experienced printer 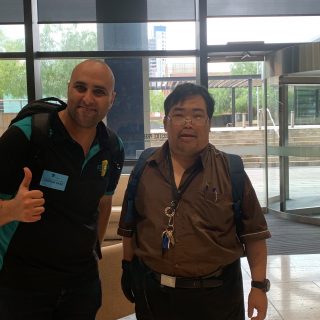 Confidence is gained with persistence

Justin finds a new job right around the corner 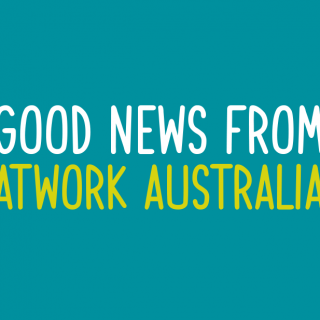