Cooking up a storm in a new career

Posted on May 12, 2021 by Suzannah Hall in Client success stories

After 37 years as a Marine Cook in the Navy, David injured his back and was unable to return to the physical demand of life in the Defence Force.

From Wollongong, NSW, David, 59, sustained a spinal injury which occurred over his long career in the Navy and unfortunately became his barrier to being able to find employment as a cook again.

Kristina helped David update his resume and referred him to potential catering employers for nursing homes; allowing David to work in a commercial kitchen with a slightly slower pace.

Kristina said that “David was a delight to assist during his journey with atWork Australia”. He was persistent and worked very well alongside Kristina. They had open communication and work well as a team; David always kept Kristina in the loop regarding interviews and Kristina would help him prepare and touch base after to inform him of the outcome.

Kristina had put David forward for two roles – one in a nursing home and one in a hospital; both of which he was offered and had the decision of which job he would like to take. David accepted a role with NSW Health as a Hospital Assistant. David was extremely grateful to Kristina for helping him navigate the changes in his life and mooring his career in the Navy.

While it was a difficult time to find employment during the pandemic, David said he appreciates the support he was given.

David was unemployed for six years, thus the assistance he received: updating his resume and building interview strategies, was invaluable.

David said, “I love my new job with NSW Health as a Hospital Assistant, they are looking to offer me a permanent position and I look forward to being able to retire here”.

Kristina said, “David has been a pleasure to work with and the persistence he has shown has been well worth it. We worked hand-in-hand: I applied for jobs on his behalf and he would inform me of interviews, I would prep him and he would get the jobs”.

Since writing this story, David has now been offered permanent part time at Shellharbour Hospital and was referred to them by an internal staff member at Wollongong hospital.

Every year, atWork Australia helps thousands of clients like David expand their skills and qualifications to help them gain the right job with the right employer. Call us today on 1300 080 856 or enquire online to find out how we can help you meet your career goals.

Landing a position as an educator with the YMCA 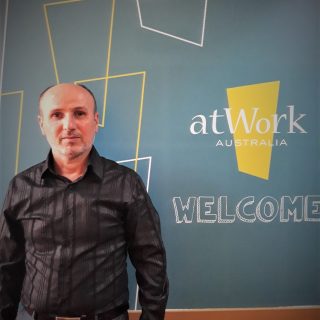 Kien takes a different approach to return to the legal industry 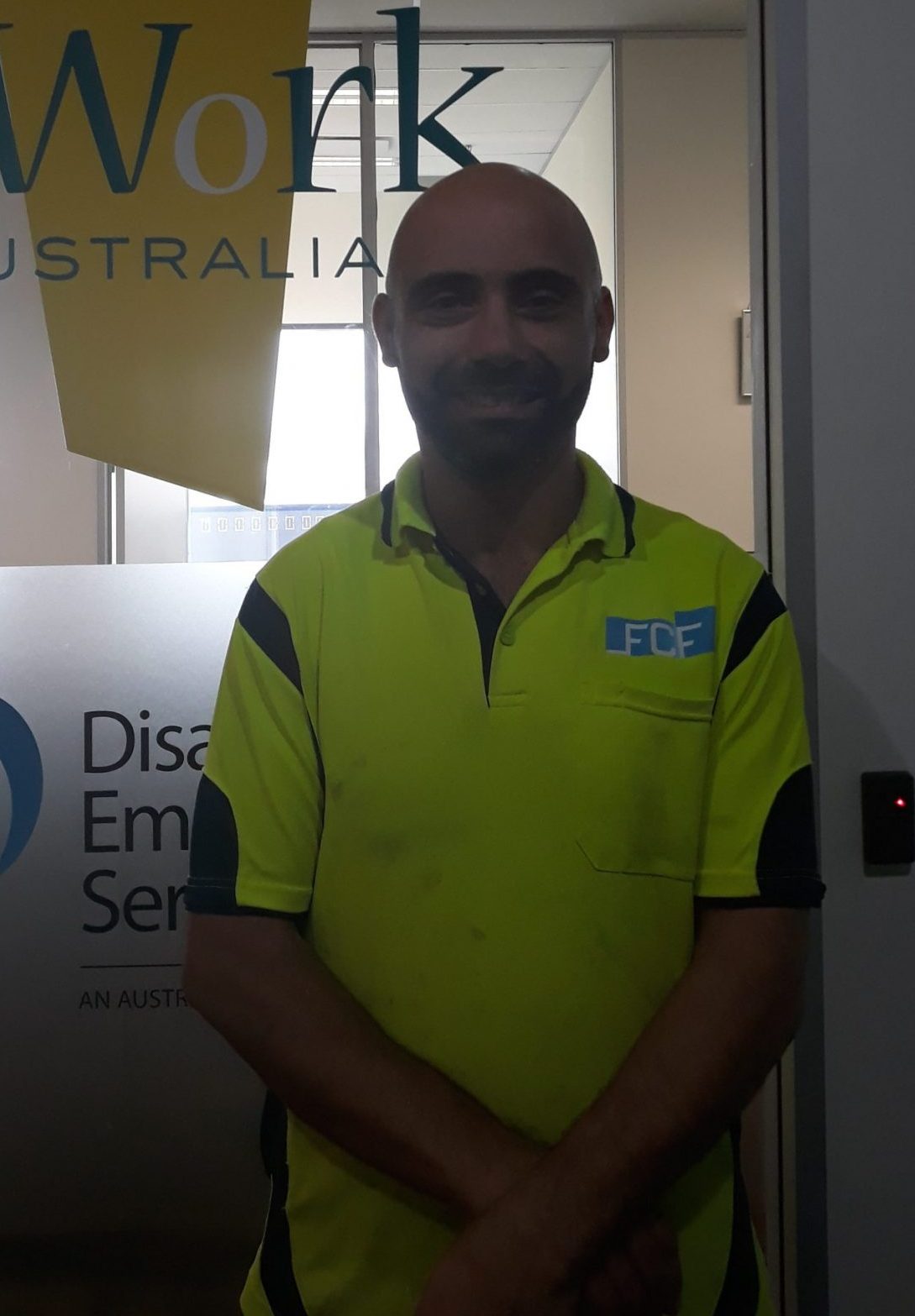 Darrin gets promoted within 8 weeks of starting his new job 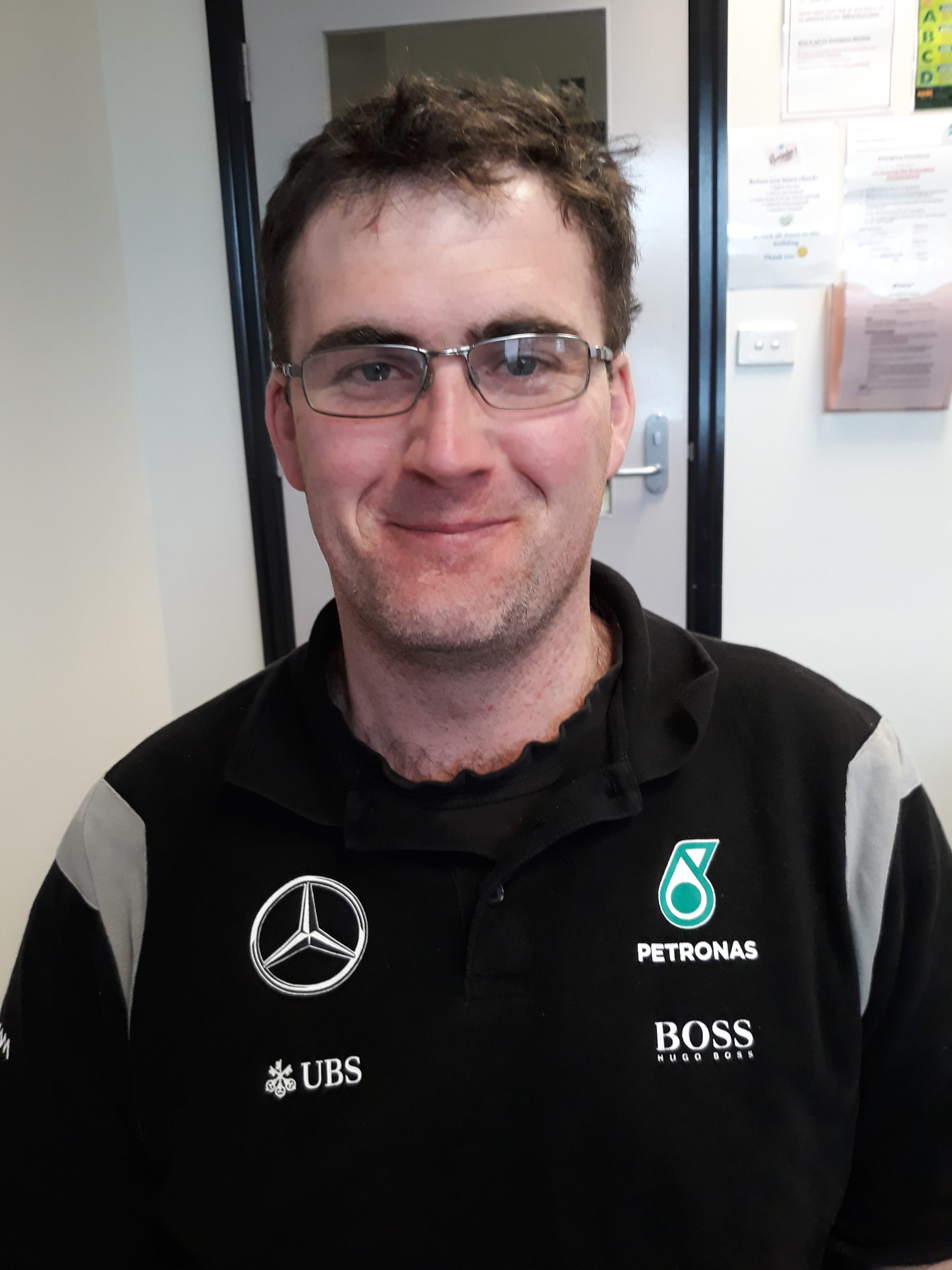 Les is ‘over the moon’ in new labouring role
Live Chat