My Name Is Nobody

Posted on June 03, 2019 by atWork Australia in Client success stories

My name is nobody.

I’ve opened my home to many children and cared for them.

I’ve worked in the community and given care and respect to others.

But nobody has wanted to know me for the last few years because I have secrets that humiliate me and don’t sit right in society.

So that’s why I’m nobody.

I am born Angelique. I am taken away from my Aboriginal Mother and given to my Father and his new wife.

When I’m two I’m taken away and sent to Queensland to live with an older sister.

I’m back in Melbourne, I’m sitting at the end of a bed, I know you’re my Mum and Dad but I don’t really know who you are.

I’m five, I’ve just had my tonsils out and I’m really sick but I have to stay in the pub all day because I can’t go to school. Why does she always make me sit on the uncles knees I hate the way they touch me.

I don’t have to live there anymore. The police have taken me away. The lady with them said I shouldn’t tell such bad stories about people but I don’t care I don’t have to keep the brother’s secrets anymore.

The social worker man keeps doing horrible things to me and today he nearly choked me but I’m filth they call me black filth and I don’t know why. I run away all the time but lots of us kids do, and the older kids watch over us and teach us ways to survive. When the police catch us they just lock us up until we can escape again.

I’ve been introduced to heroin. What magical bliss life becomes. Nothing hurts, nothing matters. I’ll be dead by the time I’m 18 anyway.

My boyfriend hits me all time. I used to think it was because he loved me. I’ve been black ‘n blue so many times but I’ll be ok, I’m back on drugs.

I’ve had another baby but she passed away at six months old. Heroin takes away the pain.

I’ve had another baby. I’m away from their Dad and I’m doing ok.

I went with their Dad to help him out. I’ve waited in the car while he did what he did. Now I’m in jail for six years.

I’m out of prison. I’m doing good. I found education inside and was one of the first female prisoners to ever go to TAFE while I was in prison. I’m working but there’s so many people in my life that shouldn’t be there. I have my kids back and I need to make a future for them.

I move the kids and myself to a country town, the police know I’m on parole so they give me a hard time all the time. The rumours start. Nobody wants to know us. Nobody wants their kids near mine but I’m not going to run away. I’ve met the most wonderful man. He breathes in, I breathe out.

I’ve been with this man, he bashes me constantly. I’ve been asleep in bed and he has bashed me unconscious, I’ve had stiches, a broken cheek bone, black eyes, guns in my mouth and I can’t get away from him. I’m pregnant again. At last he goes to jail, I swear I will never touch drugs again.

He is out of jail. He finds me, he pours petrol on me and lights me.

He is out of jail again. He breaks in to my house in the middle of the night and stabs me twice then puts his own child through a wall.

I know he is getting out of jail again soon so I move to WA.

Life’s good. Perth is good. We live, we breathe, we are safe.

The kids are getting older. They bring their friends home, my house is always full of kids. They are safe. I have at least four different kids living with us over the years but one boy who came to live with us, he was so damaged I decided I would take time off work to give him the extra time he needed as I was at the school nearly every day.

My name is Angela, I’m 54 years old and over the years I’ve done what I can to give back to the community. I’ve helped the elderly, I’ve been part of every sporting committee that the kids have been part of, I’ve been on the school council, I’ve helped raise money for the bushfires. I’ve tried to give wherever I can.

I’m a good mum, I’m a good friend, I’m a good employee. I don’t touch drugs, I don’t hurt anyone and I’ll give you the shirt off my back.

It is time for me to go back to work but things have changed in the two years I’ve had off work. Before I had always been lucky to secure work but now big brother has eyes everywhere and I couldn’t get a job so I ended up working at a fast food chain. For over 18 months I went to work in a job that I hated. I hated it so much I’d cry on the way to work most days, and here I was the end of my working life stuck working where nobody wanted to know me. I applied for over 300 jobs in six months and I left my work place because I was so unhappy.

And then I met Rob from atWork Australia. I rung Rob one afternoon after seeing a brochure for the VTEC course. I looked at it for five days before I had the courage to pick up the phone. I asked Rob if a female in her 50’s would have a chance to be considered for the course. I don’t think I’ve ever heard anyone from an employment agency being so cordial or inviting before. There was no problem with my age and then I knew I had to be honest so I didn’t waste anyone’s time so I asked Rob if my police clearance had something on it would I still be a chance of consideration. Not once did Rob judge me. We spoke honestly about my past and he said I had a bit of groundwork to do but to leave all the worrying to him.

Five days later I went to the information session and I met with Rob and the rest of the VTEC crew. No judgement. I was given an interview and was told I could do the course and my clearance would sit in my file and never be pulled out again… still no judgement.

I started the course I was supported every day and it was amazing. I sat in class and reminded everyone every day how lucky we were to have this opportunity.

Not many people want to know me. I have enough trouble wanting to know myself some days. I know I’m complex and my brain is probably programmed different to a lot of people but I’m lucky because someone like Rob and the rest of the team came into my life.

I am now employed. This gift I have been given will change my life, my children’s life and our future.

To have the thought that my future can be comfortable while my super grows and that I don’t have to scrap to pay for the roof over our heads, my bills will be paid on time and there will be monies left for holidays; that is one of the best things that has happened in a long time.

Everyone needs a helping hand at least once in their lives. It’s such a sad lonely life when no-one wants to know you. It’s hard and hurtful and sometimes it makes people live different to the way society wants them to. From the way they want to.

This opportunity is life changing and there are many people out there besides me who need it. You are able to make the difference in the Aboriginal community that can change our families for generations.

My name is Angela and I’m lucky because Rob and the VTEC team wanted to know me.

Back to work at 66: good communication helps Rosemarie settle in 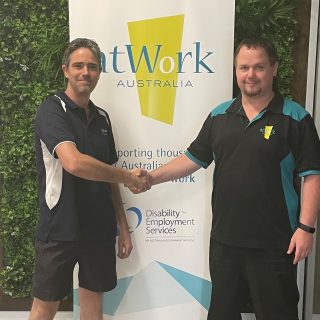 Glenn celebrates a year in employment 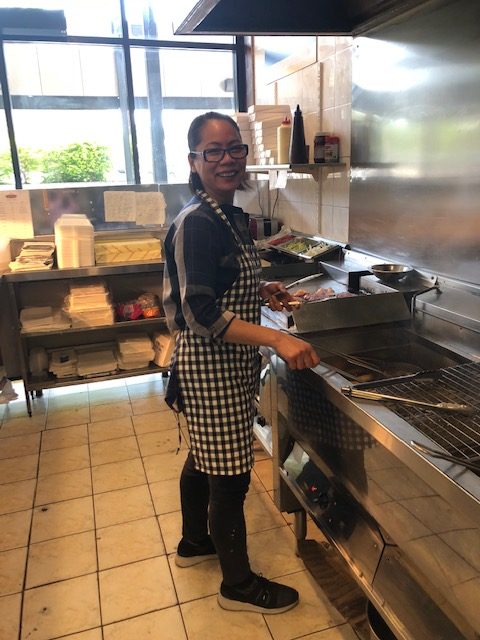 Thi finds flexible work that is good for her personal wellbeing 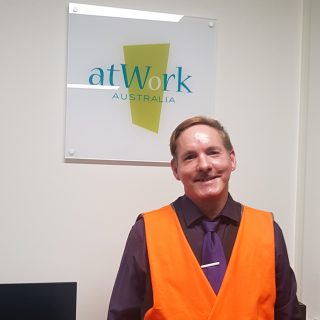 Daniel is packing his way to a bright future

The future is bright for Ainslie, with sustainable employment 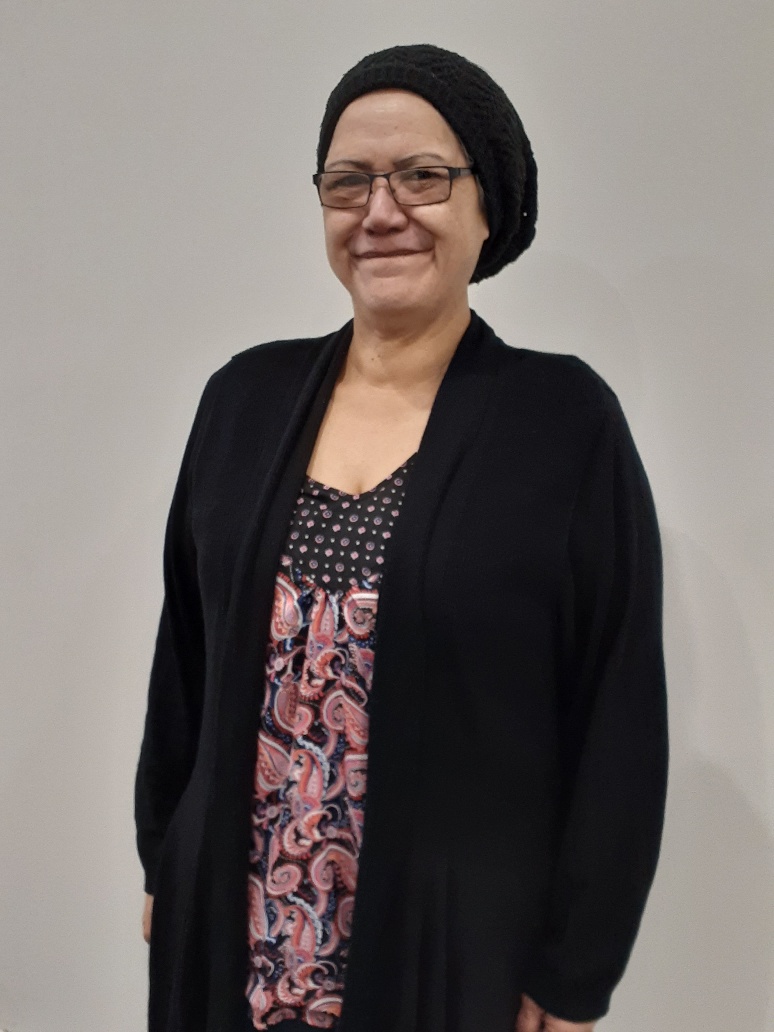