Posted on December 16, 2020 by atWork Australia in Client success stories

Clive has overcome long-term unemployment and major health issues to find an enjoyable career in a completely new industry.

The 62-year-old from Hobart worked for a long time as a successful automotive mechanic and business owner but a range of health conditions including sciatica, type 2 diabetes, depression and obesity meant he could no longer work in such a physical environment.

With chronic pain, mobility restrictions and fluctuating periods of wellness and disability, Clive struggled to find work for five years before being referred to atWork Australia’s Bridgewater office.

His Job Coach Derek says, Clive struggled to find a suitable pathway because for every job that seemed suitable there were good reasons why his health would make it difficult.

“He also interviewed for a number of roles but felt he was rejected due to his age and lack of qualifications outside automotive work,” he says.

Derek was determined to find a job for Clive, so he began by getting to know him and the sort of role that would be both physically suitable and also satisfying.

They quickly worked out Clive had good people skills and enjoyed helping others, so Derek imagined security work might suit him.

Clive was enrolled in courses in security and first aid and a work placement was arranged at the Magistrate’s Court.

Derek also organised a police check and a working with vulnerable people registration.

Clive responded well to the idea of working again, brightening up during his study and becoming confident in interviews.

One interview was particularly successful, and he was offered a job on the spot, working with a local security company.

Derek says Clive sprang into action when told of the news, racing off to pick out new boots and getting himself primed for his first day at work.

“He’d been waiting a long time for this,” he explains.

“Clive is one of those clients who just needs an employer to take a chance on him and his life will change.

“I’m very proud I was able to help him change his life on his terms. Clive worked hard and did everything that was asked so he gets most of the credit.

“Clive has thanked me on a number of occasions and says he doesn’t feel like anyone else could have helped him, so I feel pretty honoured.”

atWork Australia helps thousands of people just like Clive every year to find their way into meaningful work and life, let us help you too. Call us today on 1300 080 856 or enquire online.

Determination and a positive attitude are Kylie’s recipe for success

Krystle walks into her dream job in the real estate industry 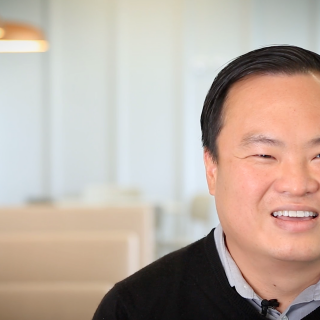 Michael overcomes the folds and is happy to be independent