Ronald shows age is no barrier to employment

Posted on July 27, 2020 by atWork Australia in Client success stories

Ronald, at 64, had been unemployed for over two years when he approached atWork Australia for support in finding good work.

Ronald had always worked in as a security guard, and whether in banks, hospitals, or airports, security was his business.

In 2018, Ronald’s life changed, becoming unemployed due to illness, and took time to concentrate on getting his health and wellness back.

Over two years later, Ronald contacted the Ascot Vale office of atWork Australia for assistance and was introduced to dedicated Job Coach, Vilda.

When Vilda met with Ronald, Ronald felt his age was a major factor in being unsuccessful in securing work. Ronald was also lacking confidence in himself and his abilities.

Vilda, together with Ronald, began by updating his résumé, adding referees, and practising mock interviews to ready Ronald for when an opportunity arose. Vilda also arranged for financial support and a new suit for Ronald to wear to interviews.

Vilda was able to organise Ronald to have his First Aid certificate updated and assisted with new Police and Working with Children Checks. Ronald also enrolled in training to update his skills and build more confidence within himself.

From there, atWork Australia’s team of consultants used their many employer contacts to connect Ronald to a potential employer.

A local security company recognised the vast experience Ronald had in the industry and offered Ronald a security position with the organisation.

Ronald was incredibly happy when he was told he had secured the role and was looking forward to having meaningful work again and being financially independent.

Vilda and the team at atWork Australia will continue to support Ronald as he settles into his new role and can see him working for many years to come.

To see how we can support you into good work, contact atWork Australia today on 1300 080 856 or enquire online.

Sustainable employment helps Luke move into his own home

A dream first job in hospitality becomes a reality for Griffith

Jordan is driving towards his career goals 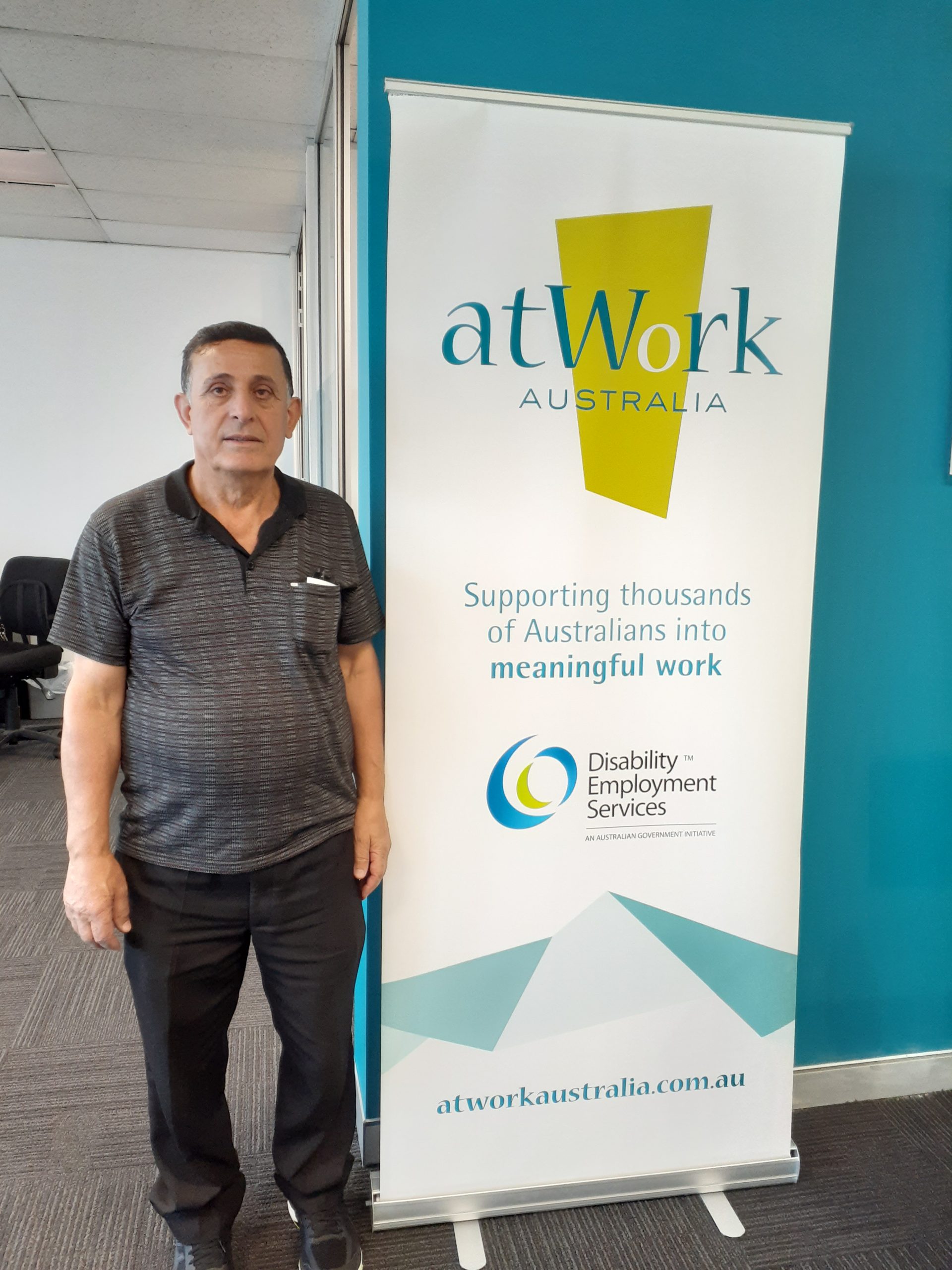