Samuel finds his dream job after 2 years of unemployment

Posted on February 12, 2020 by atWork Australia in Client success stories

Samuel’s two-year employment plan is a resounding success, with the 29-year-old now fully qualified and employed in the community services sector.

When Samuel walked in the door of atWork Australia in 2018, he had no idea what he wanted to do with his life. He had long struggled with his mental health and had only worked part-time, in unfulfilling jobs.

His Job Coach, Sam began by sitting with Samuel to talk over what he felt was his purpose in life. When he reflected on what he might enjoy doing, he wasn’t immediately excited about any industry.

But after consideration, he realised there was something he did enjoy.

“It was when Samuel began to think outside the box that he realised he enjoyed helping people who also struggle with mental health issues,” Sam said.

At this point Samuel and his Job Coach worked out his two-year plan – he would start a Diploma in Alcohol and Other Drugs while working part-time in the industry. Once he finished his studies he would undertake an industry placement and then hopefully move into a role such as a community support worker, in Bairnsdale.

Samuel registered with a local training provider, and all through his studies had the support of the entire Bairnsdale atWork Australia team. Not long after he began, Sam was able to help set up an interview with not-for-profit mental health and disability services provider.

Samuel was offered a position as a disability support worker and began working with young people, mentoring them at their place of work.

Samuel says he had found his calling. He has now finished his studies and has almost completed his placement with a local mental health treatment centre.

“Sam and I put a plan in place and I’m so proud and happy that he’s stuck to the game plan and followed through on everything asked of him,” Sam said.

“Before I started coming here, I didn’t have much confidence and now I feel really good about myself and my future,” he said.

At atWork Australia we continually strive to provide the best support systems to help our clients to overcome their barriers and secure meaningful and sustainable employment, just like we did for John. Let us help you too. Call us today on 1300 192 649 or enquire online.

Traffic and future in control for David

Tiziana cleans up with a job after years of unemployment

Krystal turns her life around, with a bright future ahead 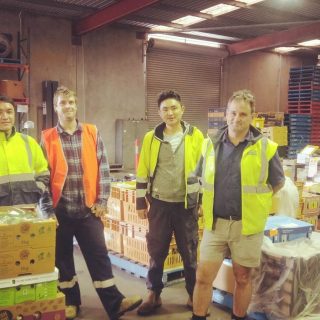 Businesses find the right staff for the job with atWork Australia 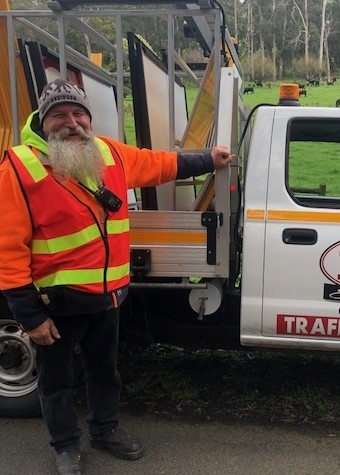