Posted on September 13, 2021 by atWork Australia in Client success stories

Not only does atWork Australia Upper Coomera client Parry live with intellectual learning challenges and anxiety, but he also has limited work experience, education and access to transport, which has been a significant barrier to him finding employment.

In addition, Parry did not have the best experience in the past with Employment Providers and as a result, he had developed trust issues. However, through the right assistance from the atWork Australia staff, his attitude started to shift for the better.

Parry met with atWork Australia Job Coach Mark, who set the task of determining where it was that Parry needed assistance the most. Mark ascertained that Parry needed a professional resume but further to that, Parry needed to learn about the broader job seeking process. Parry was enrolled into the Jobs Now program and an Essential Work Skills course, which upskilled him and brought him up to a level where he was job ready.

Job Coach Mark also showed Parry how to effectively use the internet and the Journey Planner for Gold Coast public transport and this boosted Parry’s confidence as he was able to travel freely within his region to attend interviews. He was also given a GO Card for transport with credit.

Mark could then advocate Parry to potential employers for suitable jobs that were conducive to his health barriers and soon enough, he was offered a series of interviews, which led to Parry successfully gaining employment as a Driveway Attendant for a car detailing company.

Parry expressed that he was very happy to be given the offer of employment and is loving the job. He remarked, “I have finally been able to get the Internet connected because now I am working and can afford it.”

Parry also expressed appreciation and gratification for being successful with the assistance that he received from the atWork Australia team.

Parry thanked, not only Job Coach Mark for helping him find the work, but he also expressed great appreciation to Adriana the Post Placement Support Consultant, as well as Belinda, the Operations Manager, all from atWork Australia. This outstanding team effort has seen Parry go from having little hope, to being happily employed. It has also contributed to the preservation of his employment, ensuring that it is not a flash-in-the-pan.

The employer has been incredibly supportive of Parry and believes in atWork Australia’s ethos of helping individuals gain suitable and sustainable employment.

Job Coach Mark concluded, “Parry had the best attitude that you could ask of, but he was just lacking the guidance and direction. All that was needed, was someone to give Parry a go.”

Every year, atWork Australia helps thousands of clients like Parry expand their skills and qualifications to help them gain the right job with the right employer. Call us today on 1300 080 856 or enquire online to find out how we can help you meet your career goals. 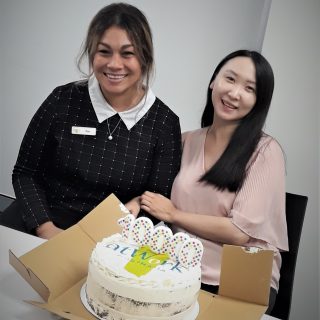 Strategic and collaborative support assists Anne in developing her own business

Jess’ future as a Disability Support Worker is looking bright 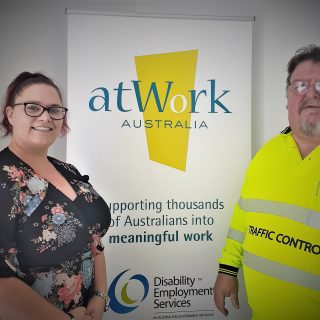 Learning more about the jobactive program is easy with us. Tell us a little bit about yourself via the form below and we’ll call you to get you started on your journey to finding the right job for you.